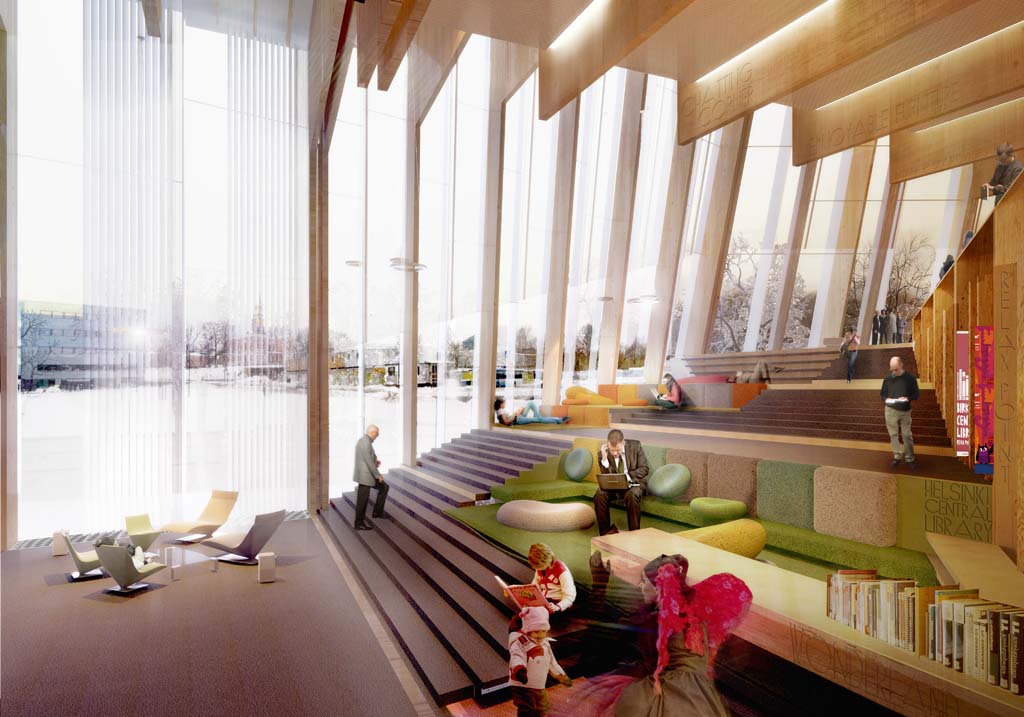 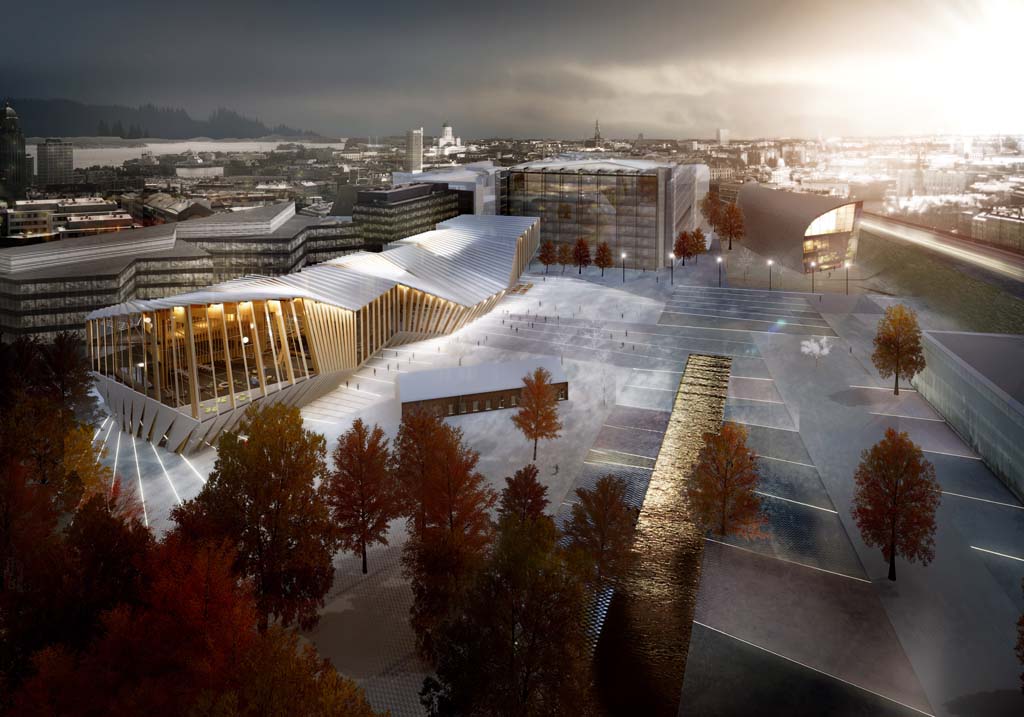 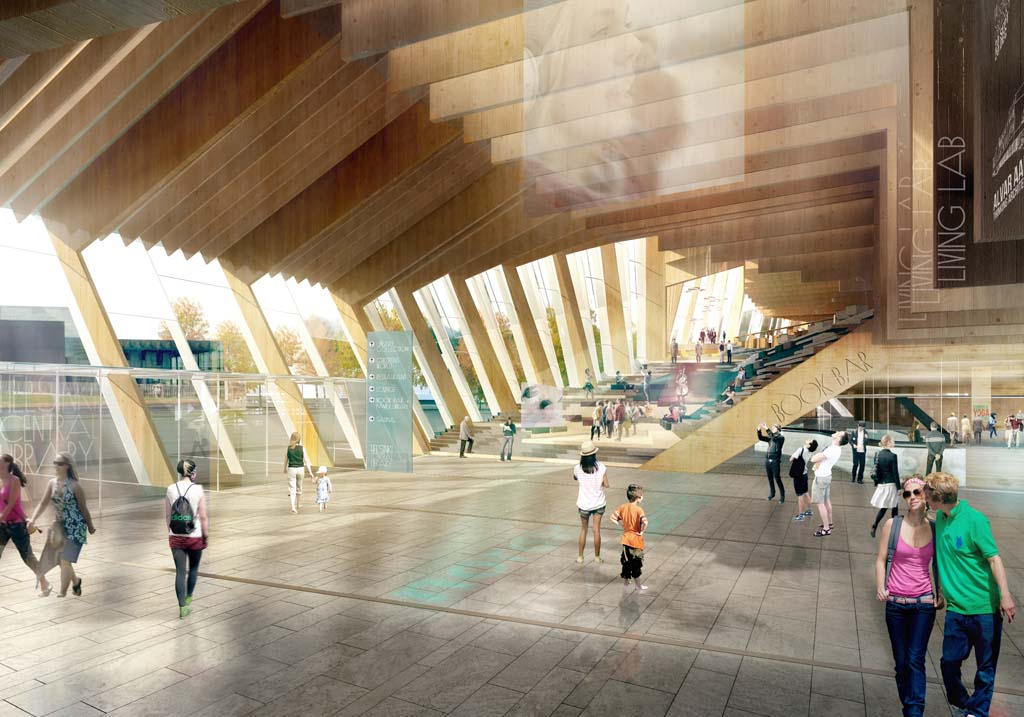 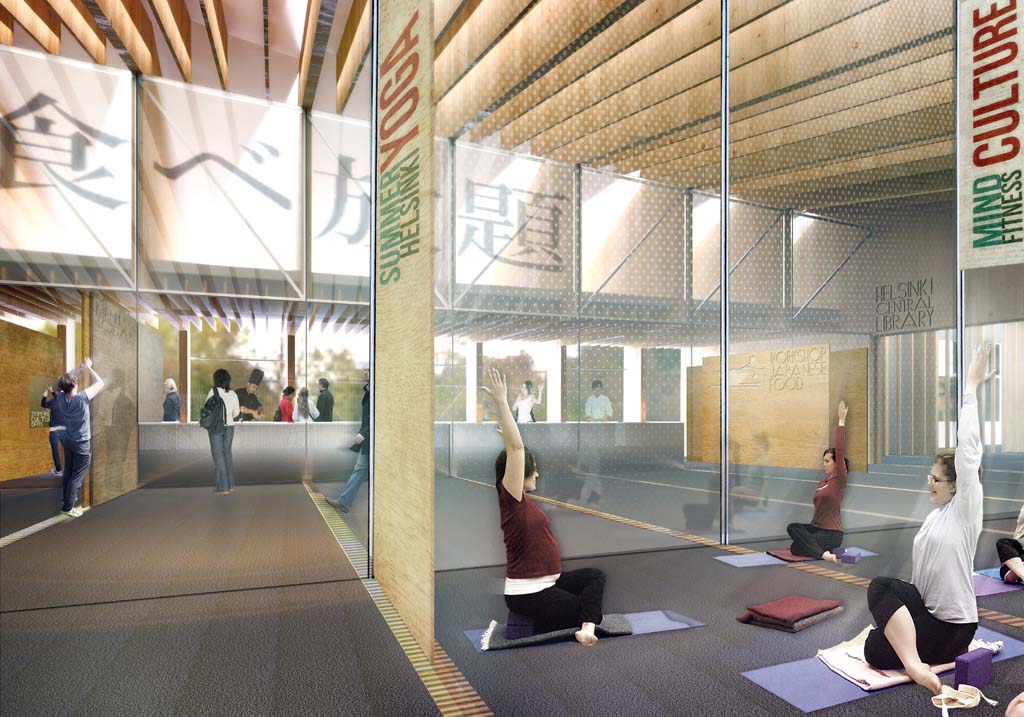 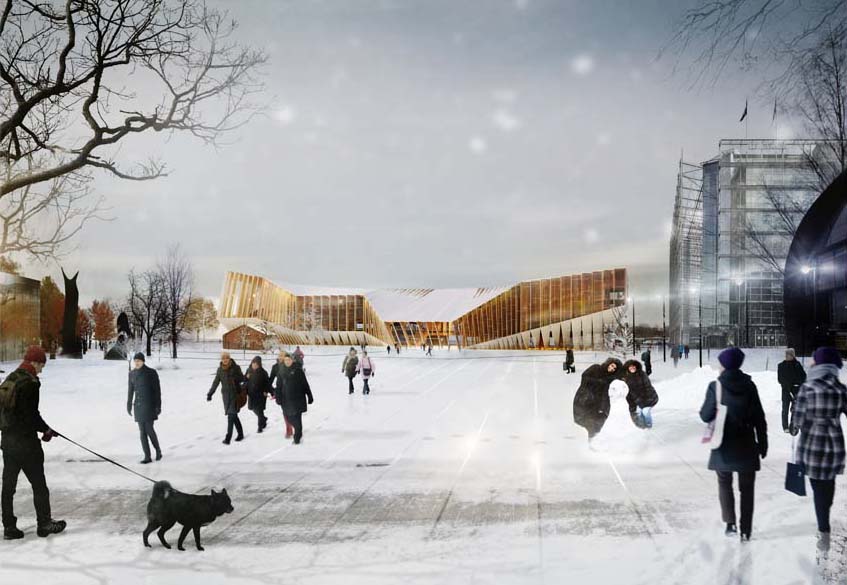 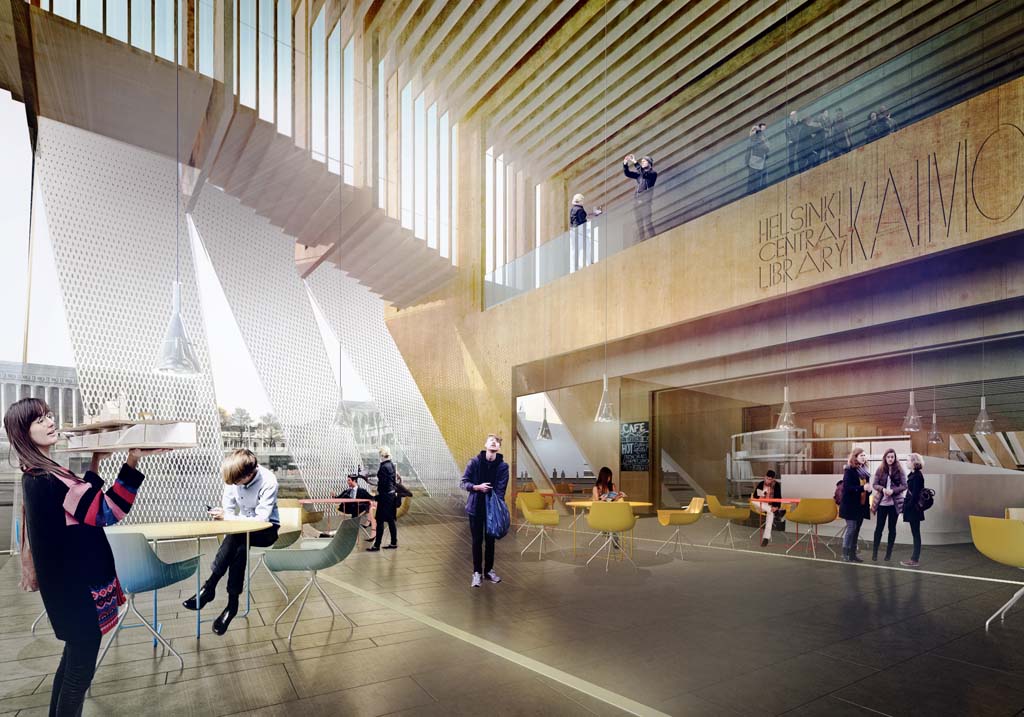 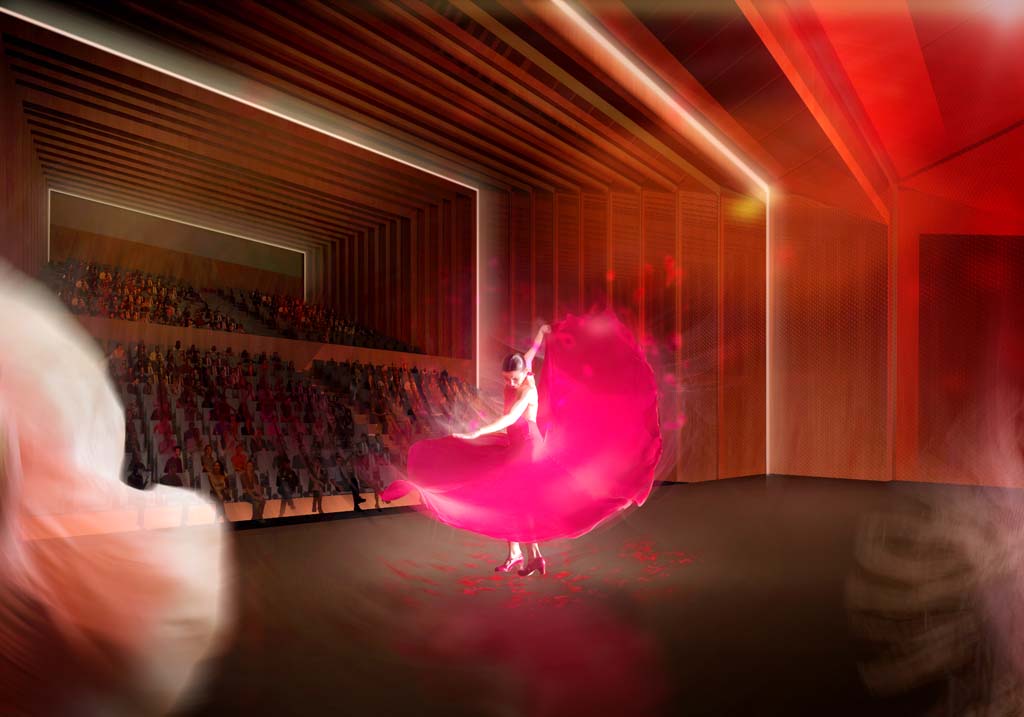 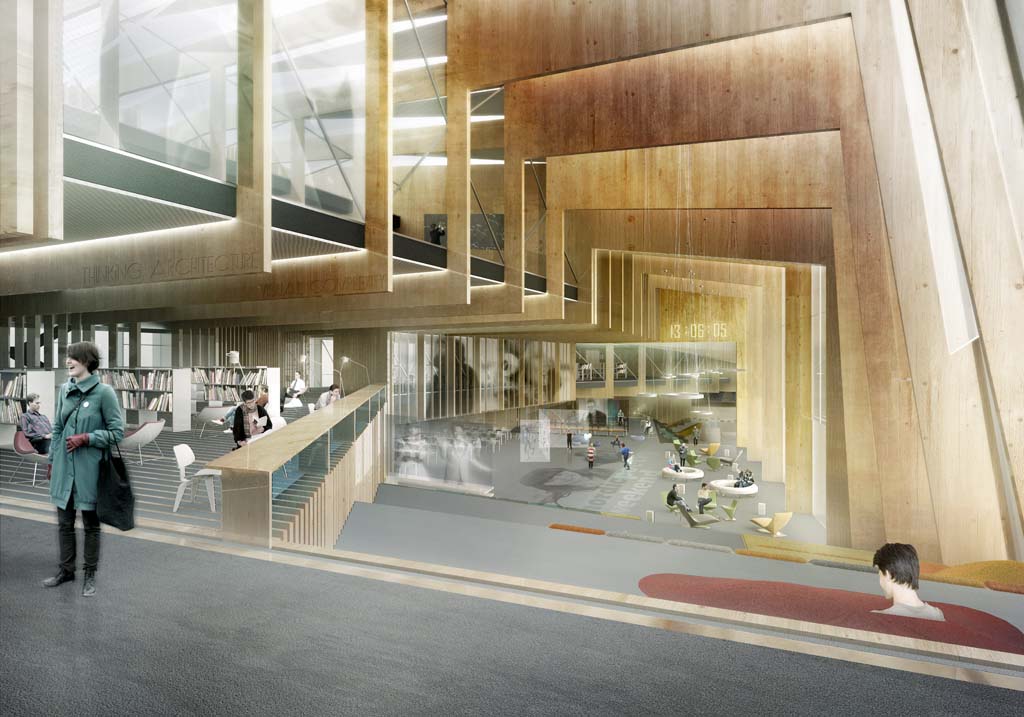 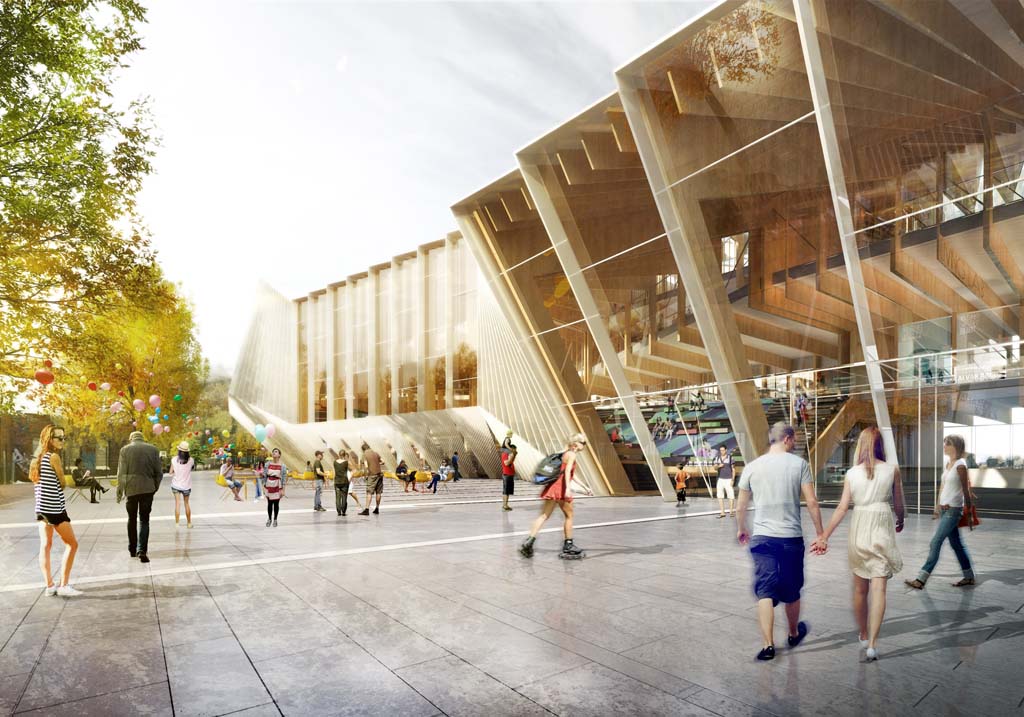 Almost two centuries ago Victor Hugo estimated that the book would kill architecture. He considered the book a much bettermean of communication than architecture. Obviously he has referring to a monumental and symbolic architecture that served as an instrument of power. We could see Victor Hugo today making similar assumptions about internet and the physical book.
Our proposal for this project is to put side by side the book and the building. It comes from our believe the physical condition of both items and the social network linked to their materiality.

The book and the library are not only devices for comunication, but objects that constitute our physical environment onto which we build our society even when some of their functions have been replaced by undoubtedly more efficient technologies, their corporeality has not replacement. Hence, exploring the possibility of converting the abstraction of a book into library is not only a suitable architectural design exercise, but appropriate position whose implications we find necessary in this first decade of the new century. Linking the physical materiality of a book with a proposal for a library poses a necessary reflection about the real need of both.
The building consists of a dense structure of wooden carved screens. The succession of these perforated screens generates a porous solid where multiple sequences of interior spaces and exterior landscapes happen. Opposite to this massive operation the outer protective skin is conceived as a transparent sophisticate façade of plexiglas louvers that maximizes the natural sunlight of the library.

The volume of the library is conceived as transition as a transition between city and nature by including in its language traditional elements of Finland architecture sometimes in really literal but also convenient way. In that sense the contraposition of organic architecture and sustainable wooden construction came into perfect place within the site.

Besides the complexity and variety of uses all the program is concentrated in a single building to generate the maximum number of interactions. The general hall becomes the core of the building and creates a link between street and the public square, between the rail station and the park, between city and nature from that space a diagonal agora expands through the building in opposite directions linking all the program uses.

The movement of the façade plans gives the building the ability to adapt to its context. This operation has two objectives: firstly, at ground level, the façade pleats to create the entrances to the building; and, secondly, at the upper levels, those same pleats have an enviromental reason to allow sunlight in the
public space and to generate a volume that responds to the different urban events. Finally, the disposition of vertical lames al around the perimeter unifies the image of the building while the flexibility of the system allows different densities according to each use light demand.

Inside, the radial matrix of wooden screens combines the structural rationalism and plasticity of the carved wood materiality.

A rationalism and materiality that ultimately allude to the symbolic absence of a succession of open books, midway between a postmodern literal allusion and the necessity of a sustainable and interactive environment.